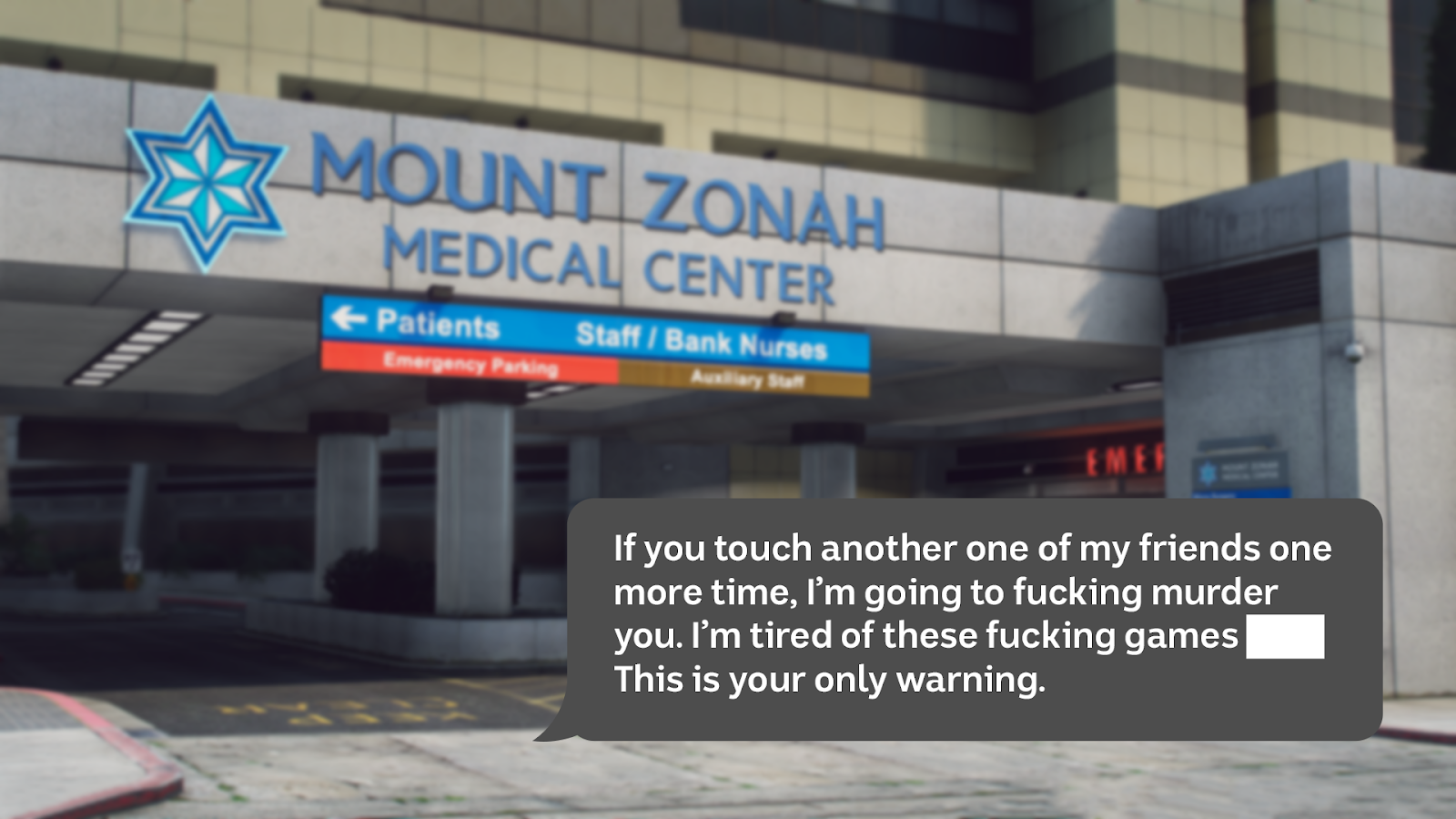 VINEWOOD (WZL) — Charges have been listed against Mt Zonah Doctor Caitlyn Continelli by the Major Crimes division for Corruption, Kidnapping and Unlawful Imprisonment. The court case at the time of publication has not been finalized or had a judge assigned.  In a statement to Weazel News, Cyrus Hunt, the lawyer representing Dr. Continelli said:

“We strongly maintain Dr. Continelli’s innocence and we urge the public to allow the facts of the case to unfold in a court of law where we fully intend to establish her innocence before a judge or jury.”

According to a warrant provided with the court documents, the police are alleging that Dr. Continelli ‘refused’ to send a person formal lab work, instead sending text messages to the unnamed recipient regarding a diagnosis.

Police also allege another incident where the doctor held a person named Kimberly Johnsen at gunpoint “and ordered her to get into her vehicle.” Police provided four statements in regards to this incident.

The police go on to further allege the Doctor ‘uttered threats’ which lead them to being charged on the 10th of May. Police use evidence of text messages as proof of this occurring,

The Mount Zonah Chief of Staff declined to comment when contacted by Weazel News:
“Mt. Zonah has no comment at this time regarding the charges of Dr. Continelli. Dr. Continelli is indeed a member of staff at Mt. Zonah. No comment is able to be given on any disciplinary action that might or might not have occurred. […] If true, Mt. Zonah does not condone actions alleged by police.”