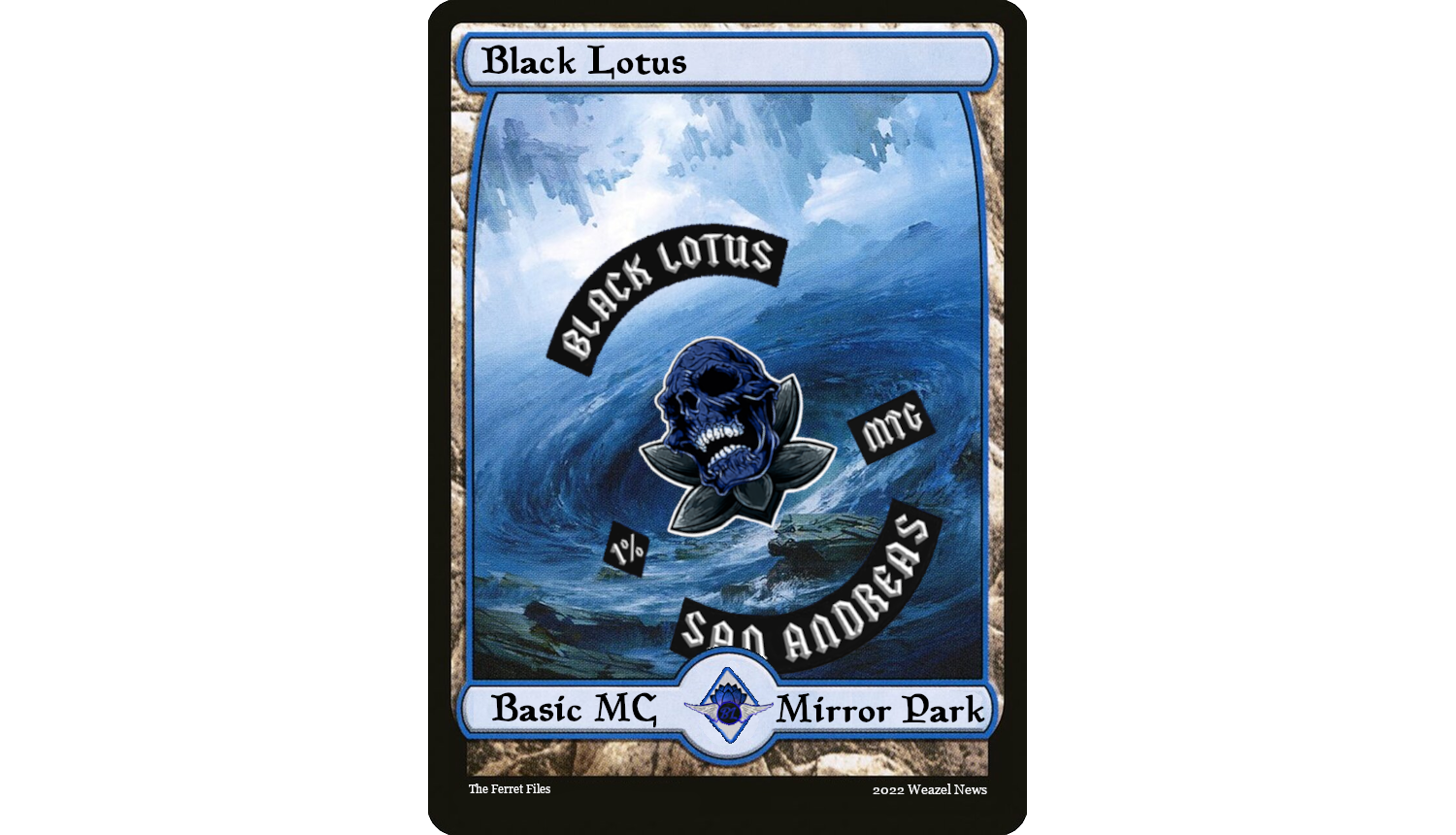 Mirror Park, Los Santos – Last Thursday, Los Santos’ most picturesque neighborhood experienced unprecedented tragedy. A man commonly spotted begging down in the canals was seen walking along the shores of Mirror Park Pond carrying a large sword doused in flame. He stalked up from the water, making his way north across the very bridge where he sometimes made camp. The sun itself seemed to darken, casting a shadow in the street as he came to a stop outside beloved local business Ronnie’s Custom Choppers.

Sensing danger, the bikers within gathered at the gate, standing tall against this oddly imposing stranger. The man raised his sword, flames dancing into the shadows that quickly grew around him. He leveled the weapon at the gate, which melted to a heap of twisted steel as heat rendered it unrecognizable. With the black-and-blue adorned defenders within now exposed, he began muttering in a strange language that sent chills down their spines.

Recognizing they must act quickly, the men and women rushed out of the compound, wielding bats, hatchets, guns, and more. They surrounded the strange man, dashing in with a rebel yell to get revenge for their fallen leader. Many club members sank to the ground in pain as the shadows touched their skin, absorbing them into its darkness like tentacles searching for purchase. Bullets appeared useless, disappearing into the shadowy cloud with no apparent contact within. The flames sought out those that circle wide of the darkness, leaving charred kuttes in its wake.

Suddenly, the roar of an engine approached from behind the compound, and a chopper soared over the building, its two wheels spinning in midair as it arced toward the shadow mage. The man atop the bike roared in defiance, raising his wrench as he leapt from the seat down into the center of the street. Even as the shadows reached for his body, the weapon was already swinging, connecting with the head of the man who killed his friends. The man stumbled sideways at the force of the blow, reaching up to feel the crescent-shaped imprint just under his right eye.

Alas, the blow itself was not enough to change the tide, and the battle was over. Shadow tendrils picked up each fallen kutte, gathering them together in front of the flame. The sword stabbed through the charred fabric, smoldering under its heat as the man’s voice reached a crescendo. The shadows parted below the ruined kuttes, revealing a blood-red motorcycle with gold flames along its body. The man mounted his new steed, revving the engine in salute to the fallen warriors.

It was then, and only then, that he spoke a known language for the first time. “You, who have fought so bravely here today, your sacrifice will not be in vain, as it was necessary for the greater good. With this dragon, I shall ride to save all San Andreas from the Journeying Alien, RyRyvidel, Collector of Collectibles. I will carry this crescent mark with me for eternity as I walk the planes of Grand Senora, so that all may know the power of the Black Lotus. I shall call it the ‘Mark of the Elder Doyle’ in your honor.”

The motorcycle sped off to the east, climbing the hills as shadows trailed behind it. Little is known of what happened next, but it is said that the sounds of intense battle came down from the tower atop the reservoir that day. The brave men and women of Black Lotus will be celebrated throughout history for the defense of our fair state, and they will not be soon forgotten.