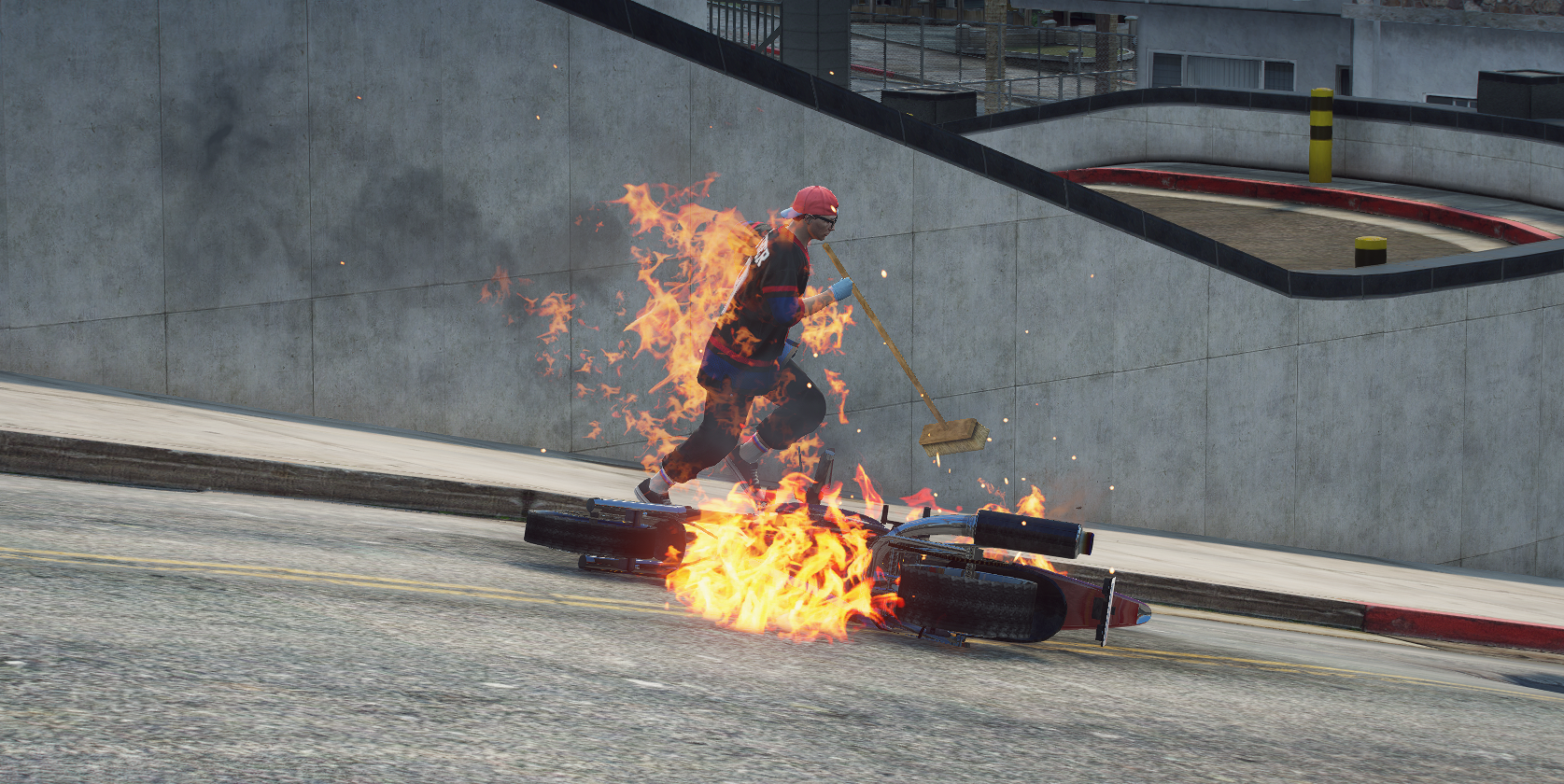 Los Santos, San Andreas – They say capitalism is the mother of innovation, but this Friday it gave birth to incineration instead. In a marketing stunt gone wrong, Burger Shot employees were filming an ad spot for their newest menu item, extra spicy “Flavor Explosion” Fries. While ghost riding a motorcycle up the hill in front of their Vespucci location, an employee took a single bite of the featured food and instantly burst into flame.

The videographer looked on in horror as fire spread down from the man’s mouth across his body, eventually reaching even the seat of the motorcycle. Undeterred from getting the ad in a single take, the flaming employee turned and smiled at the camera, weakly giving a thumbs up as fire breathed outward from his tongue. He was taken to Mount Zonah soon after and treated for severe burns, but he still maintains the fries tasted delicious!

A Burger Shot spokesperson stated there is no scientific link between the secret fry spice and spontaneous combustion, and that customers should not be concerned about the names of their popular burgers, the “Heart Stopper” and the “Bleeder”. After the incident, the company announced that they will move forward with releasing the Flavor Explosion Fries, pairing them as a combo deal with a new slushie, the “Ultimate Thirst Quencher”.