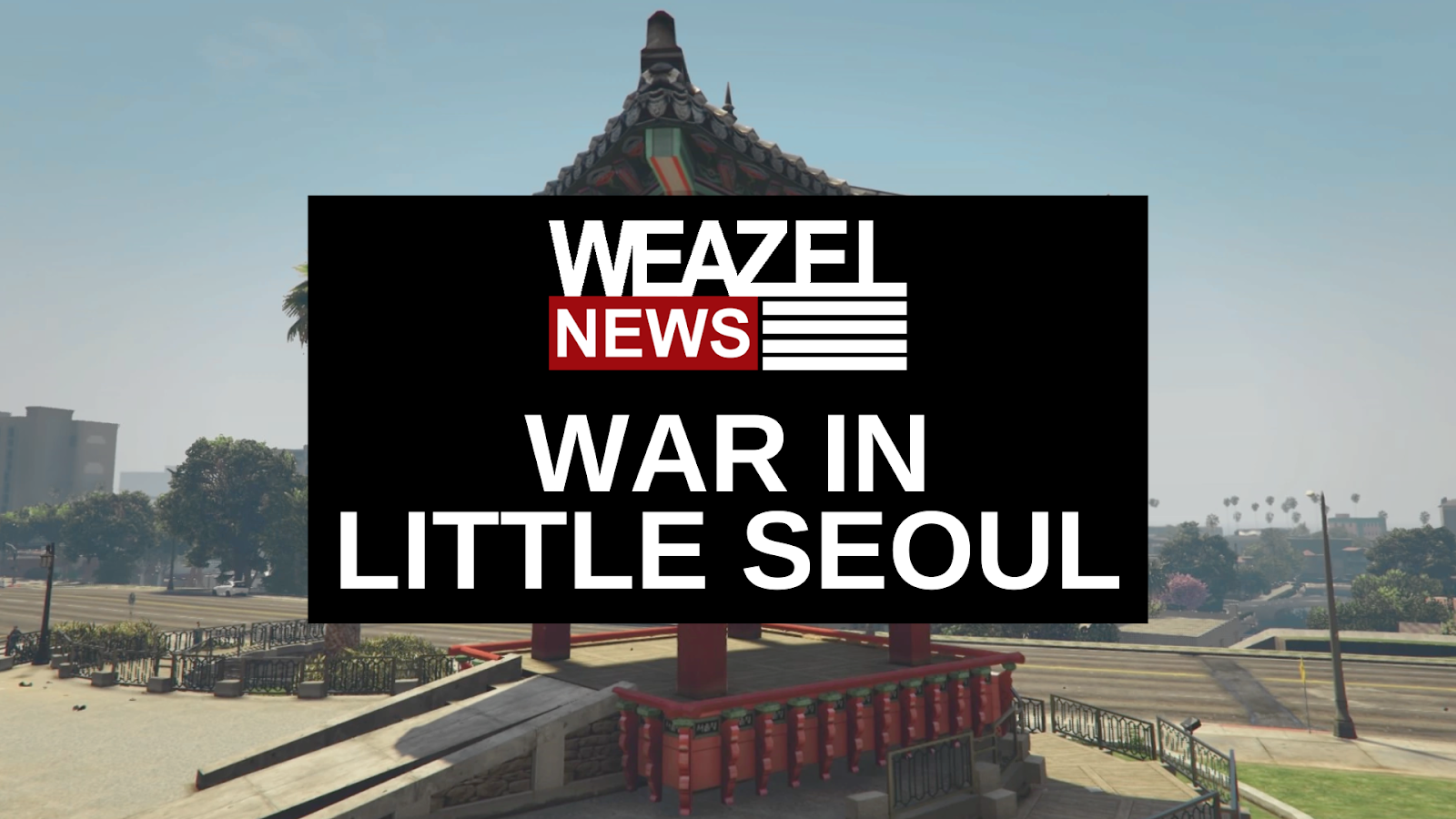 Transcribed from a copy of the Weazel Newspaper.

Little Seoul, San Andreas – After numerous reports of a lengthy shootout in Little Seoul, Weazel News can confirm after several anonymous tips that it was between two of the largest crime syndicates within San Andreas: The Sol-gundae of Little Seoul, and the Blackthorne Crime Families of Rockford Hills. It has long been speculated that the two groups have been at odds, with the Blackthornes wanting to expand their territory further south towards Little Seoul; But this is the first recorded incident of violent conflict between the families.

For those of you just finding out about this story, here’s some context for you:

The Sol-gundae has been a constant within the Little Seoul area for several decades, the dynasty passing down through the Sol family for generations – Currently led by their patriarch, Sol Yong-ho. While they maintain “order” within Little Seoul and protect the businesses of the area, it is no secret that they are deeply involved in the criminal element of San Andreas. Despite this, a Weazel survey of Little Seoul residents shows that the Sol Family has a 79.02% approval rating in the area.

In Rockford Hills, the Blackthorne Crime Families rule with an iron grip under Robert Blackthorne’s control; They’re said to control the drug operations within the area, as well as rumors that they are involved in the arms market in San Andreas. While Robert Blackthorne is the latest in a long line of proclaimed bosses of the Families, his criminal empire sees many of his relatives enforcing his will throughout Rockford. 74.81% of surveyed residents have a positive opinion of the Blackthornes.

While these two groups have seemingly coincided with each other for years, sources within these rival groups tell Weazel that Robert Blackthorne has been eyeing the idea of expansion for quite some time. According to our source, the 62-year old Robert Blackthorne sees Little Seoul as a potential “gold mine” for his drug operations, which the Sol-gundae have been firmly restricting from their territory. Within the Sol Family, our sources tell us that the 72-year old Sol Yong-ho has been preparing for the Blackthornes to try and take Little Seoul, and was prepared for it.

Currently, Weazel is unsure if there were any casualties on either side during the shootout, which reportedly lasted just over half an hour. We reached out to the Los Santos Police Department for a comment, and they had this to say:

“The Los Santos Police Department is aware of the ongoing situation in Little Seoul. At this time, we are not going to intervene directly, but will continue to monitor the events closely – But we will get involved if we have to. We do, however, urge both the Sol-gundae and the Blackthornes to settle their disagreements with words, rather than bloodshed. No one needs to die over this.”

In times such as these, the LSPD also urges civilians to exercise extreme caution in both Little Seoul and Rockford.