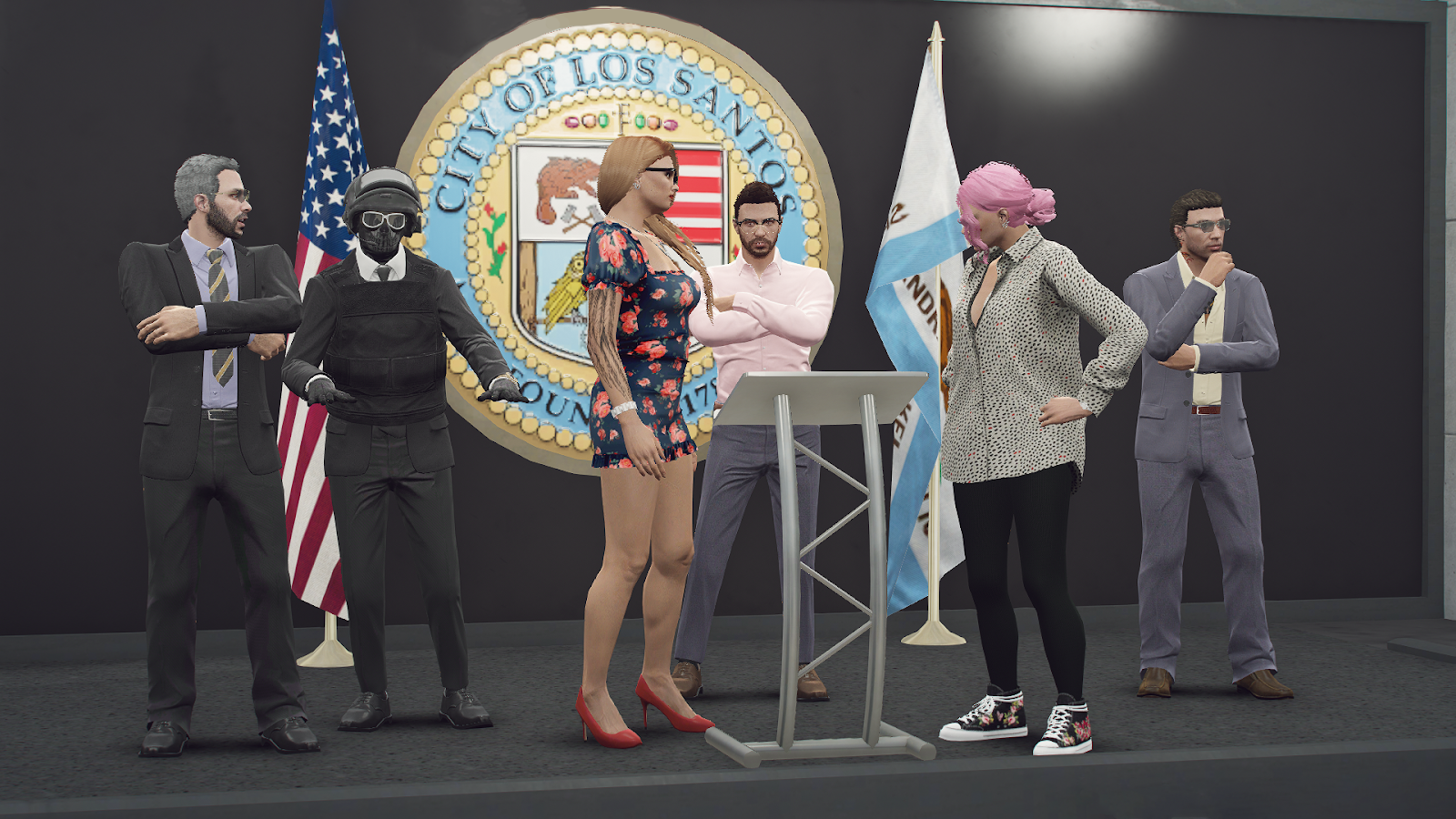 DEL PERRO (WZL) — This week the Government has released a wide range of announcements and Governor McKenzie (SALP) has signed a number of executive Orders.

Here they are in order of issue:

This brings Becks Lawson back into the Public Service after her unsuccessful re-election attempt in the last election.

With the completion of last month’s Political Polling the government has made the decision to raise the number of persons on the Pardon Commission to Five. Verbiage was also amended to allow at least one DOJ attorney and one PDO attorney.

This order creates the Major Events Committee which “oversees the planning of Government-sponsored events for all Government departments.” The membership contains five volunteers organised by the Secretary of State.

In Breaking News: for the first time in history, the government has declared a State of Emergency exists in San Andreas because of “the Staffing situation in the San Andreas Judiciary.” The emergency declaration allows the Legislature to take extraordinary actions to address the staffing issue inside the Judiciary.

In a statement by Governor McKenzie “The Judiciary is a key element of a functioning legal system and without the proper staffing, the entirety of the state suffers. By passing this state of emergency, I am giving the Legislation the power to correct a limitation of our Constitution that is blocking the Judiciary unnecessarily from considering a specific pool of applicants.“

The Executive order will expire on the 26th unless extended.

A number of Judges have been appointed recently with four Circuit Court Judges nominations being issued since the beginning of this Congress. Those being;

On Sunday Evening, James Paxton and Jericho Delmonta introduced H.R. 135 which would change the constitution to include equally accredited out of state Bar Association applicability for judiciary nominations, circumnavigating the rule that requires all judges to be a member of the San Andreas Bar association for at least one month. However the bill doesn’t address H.R. 106 which would still prevent new appointments for the  Magistrate District Court as the law requires new Magistrate Judge nominees to be in the Bar Association for at least three months. The Bill has yet to be voted on or signed into law. The bill is exempt from the seven day consultation period due to the emergency executive order.

The Government has also announced a Town Hall on the 26th of June at 9 PM. It will take place at Del Perro Town Hall.