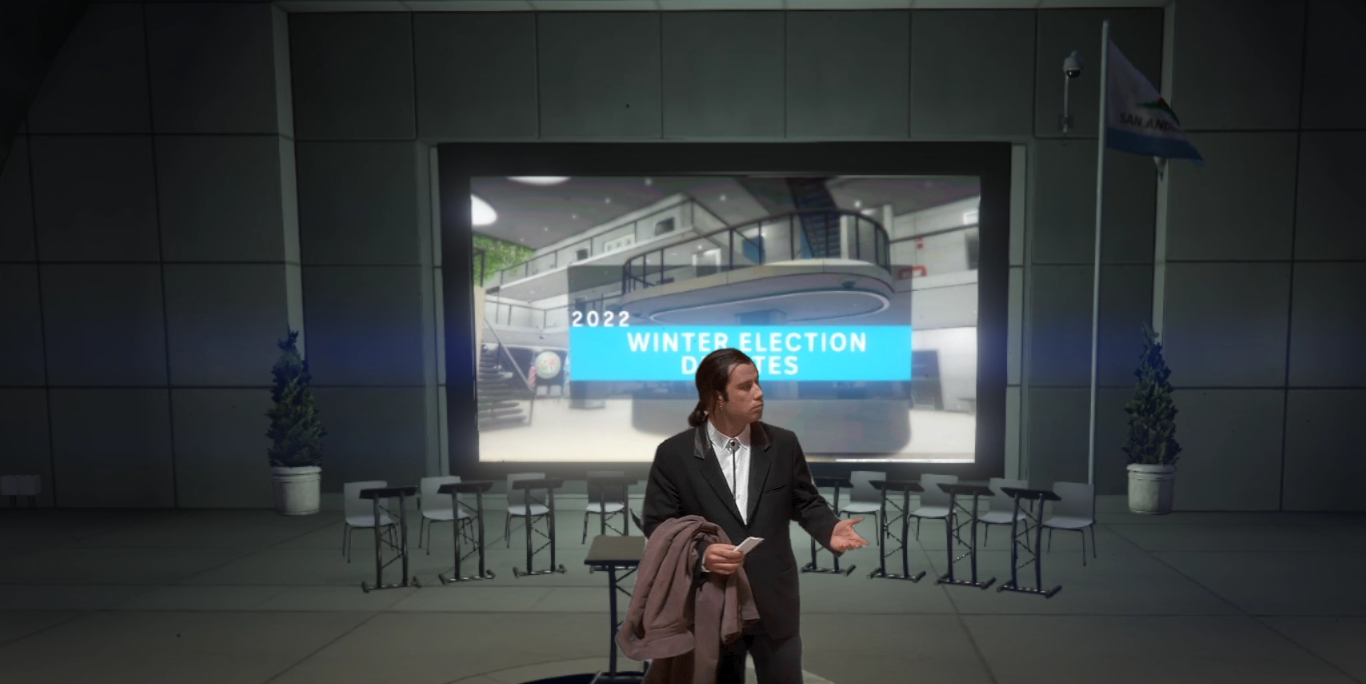 Los Santos, San Andreas – With campaign season now closed as citizens surge to the polls tonight, everyone is thinking hard about who to cast their votes for. Over the last two weeks, it’s been a tough road for every candidate, with countless events, advertisements, and debates. We’ve gotten to learn a lot about each candidate’s platform and what they’re fighting for in this election. Or have we?

With multiple debates hosted by both the government and news organizations, every candidate has had plenty of opportunity to make their voice heard and rally voters around their campaign platform. However, there are some candidates that, despite their many sponsored events and name recognition, have seemed largely absent from the campaign trail itself. In fact, even our friends over at CNT were unable to gather information on these individuals, despite having campaign details on nearly everyone else in both races.

Two of these candidates, surprisingly, are also incumbents. Endeavour Jackson and Mohn Nash, both sitting State Representatives, were not in attendance at any of the three debates held for their race during this campaign. Weazel News understands that both individuals were indisposed the night of the public debate, and Representative Nash scheduled three campaign events (Blood Night Bouts, Pogo S Triple Bus Jump, and Cockatoos Pink Night) the same day as the CNT debate this week, making it difficult to put in an appearance.

The third no-show candidate was Shadowcade co-owner Hudson Welsh. While the incumbents at least have their own legislative history to fall back on, there has been little to no information on what Candidate Welsh stands for and why he’s running for State Representative. His absence at the debates has seemingly robbed voters of their best opportunity to learn about his platform, which is unfortunate.

Weazel News reached out to all three candidates this week to give them an opportunity to supplement their absence by submitting written statements after the public debate. We also invited them each to discuss their absences as well as their policies on Rebel Radio with Gregory Stonefinger, host of the upcoming talk show “Stone Cold Truth”. Unfortunately, none of these candidates responded to our request for comment, and while all three expressed an interest in speaking about their platforms on air, only Cole Gordon, Oliver Hall, and Becks Lawson capitalized on the opportunity to discuss the campaign with Mr. Stonefinger.

Will this have an impact on how voters act in the polls this week? Did these candidates feel their campaigns were so strong they didn’t need to participate? Perhaps they were afraid to exchange words with the other candidates in a public forum, feeling that no appearance was better than risking a campaign mishap. Or perhaps it was all just a fluke, a long series of unfortunate coincidences that kept them from each and every debate, or from even sharing their platforms with the public on their own. You’d have to ask these candidates directly to know for sure, but unfortunately the campaign season has ended. So, voters will just have to head to the polls with the information they have, and every candidate will have to hope what they did is enough to push them to the top of the race.