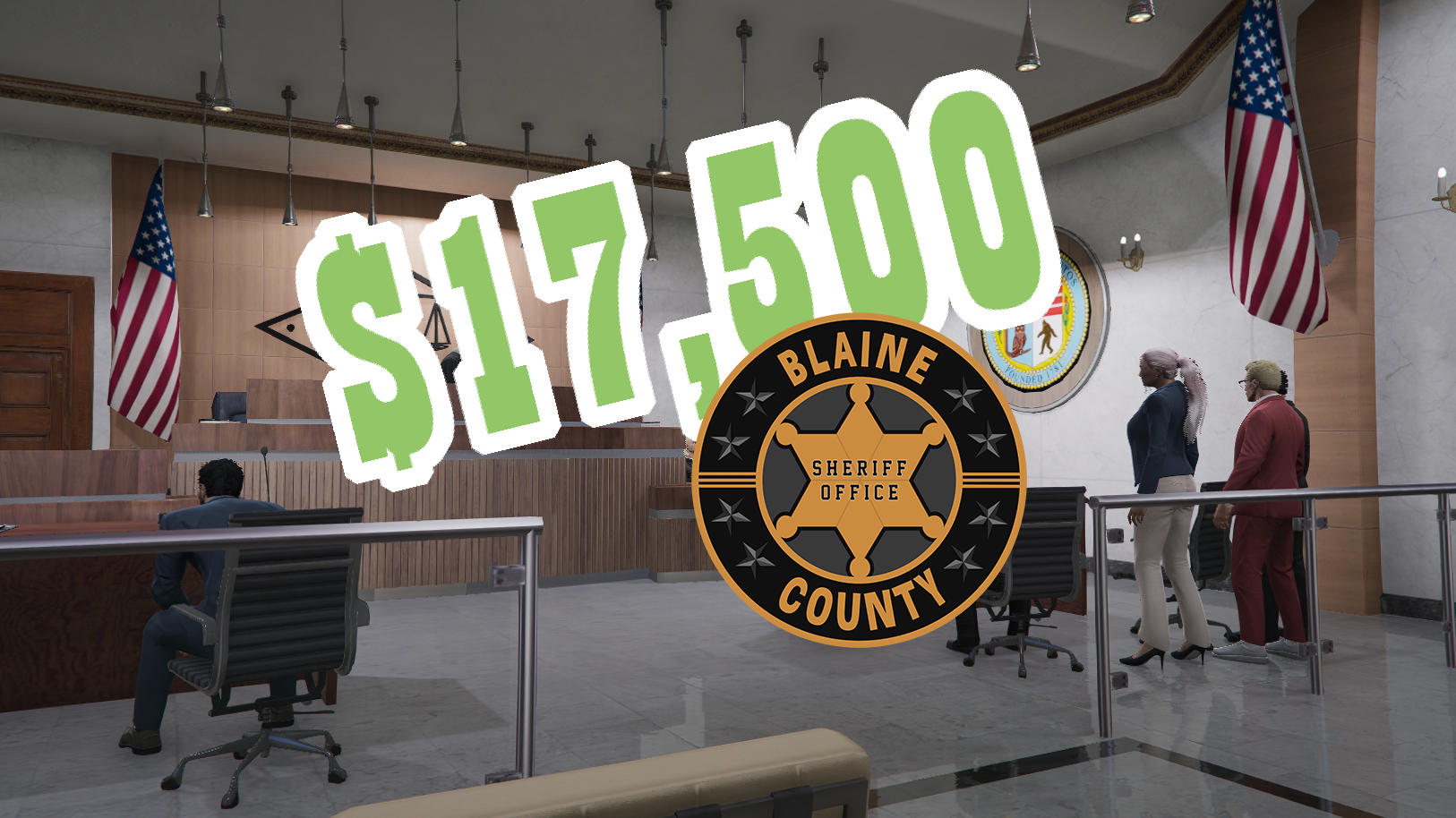 Rockford Hills, San Andreas – Julian Jimenez has been awarded $17,500 with the court finding that BCSO were negligent in not providing him medical care after he was tased. However the documentation surrounding the case has raised concern for the state of police reports.

In early August lawyers representing Julian Jimenez from Hunt & OHagen filed a lawsuit against the Blaine County Sheriffs Office for denying Julian Jimenez treatment after being tased by Undersheriff Jean Boudreaux​. The situation occurred during the height of the ‘southside war’ between Gangs, including the Vagos, and the Police officers operating in the area.

Because of a shooting, officers established a triage centre at Davis PD. Mr Jimenez, who is a resident in the area, accessed the multistorey public parking garage overlooking the police station. According to police they saw Mr Jimenez and asked him to leave the area, citing that they were securing the area for the triage centre. According to the police and testimony given, Law Enforcement were treating three injured officers at the time.

Officers state they were justified with the actions they took because Mr Jimenez has a history, as a person convicted of aggravated second-degree murder against a police officer and the ongoing situation where gang vehicles were circling the area after an attack against police officers and the police station. During the altercation he was tazed and later charged with Failure to Obey a Lawful Order.

Lawyers for Jimenez argued that the police failed to communicate that he was going to be detailed before being tased by police. They also allege that Mr Jimenez was leaning against his vehicle smoking a cigarette when he was tased and not actively a threat to police.

“What happened was, we asked him to leave the area, he refused multiple times, he began to become verbally combative [saying: No, fuck you, I park here all the time this is public parking,] at one point he said he was not leaving the area, and I told him if you do not leave you will be tased. Giving him multiple changes to leave the area without arrest or detainment. He denied. At that point I tased him and we put him in cuffs, and we arrested him.”

According to Mr Jimenez, he was then tased while leaning on his vehicle and that police failed to remove the prongs causing an infection which required extra-care. Mr Jimenez argued he was well within his rights to be in the public parking space and that the action taken was unlawful. The state argued in their defence that he could have sought medical attention at Bolingbrook penitentiary and that officers on scene did not neglect him medical care.

After a lengthy court hearing, Judge Lighten returned with the verdict that the BCSO had been negligent when they didn’t offer medical care after tasing Mr Jimenez.

“Police officers have a duty of care to the people they interact with, especially if an officer is taking someone into their custody. In this situation, this duty of care was not fulfilled on part of the negligence of the individuals employed by the Blaine County Sheriff’s Office. Undersheriff Boudreaux was responsible for the plaintiff, as he was the officer causing the injury, and medical should have – at the very least – been offered to avoid any further pain, suffering, or infection on the part of the plaintiff.”

Concerns have been raised by members of the public about the incident report brought in as evidence. The report provided said.

“After being informed by officers on scene to leave the parking garage behind Davis PD as it was currently being used as a triage point to treat both officers and Vagos identified gang members, Mr. Jimenez refused. Due to Mr. Jimenez being identified as a member of the Vagos, he was given the lawful order by 505 to leave the area. After refusing to leave, 505 arrested Julian Jimenez who was then transferred to RPD by 719 + 565.”

The report fails to mention the law enforcement officer who tased Mr Jimenez or that less-than-lethal force was used in any point of the situation. It’s unclear why the report fails in this capacity.