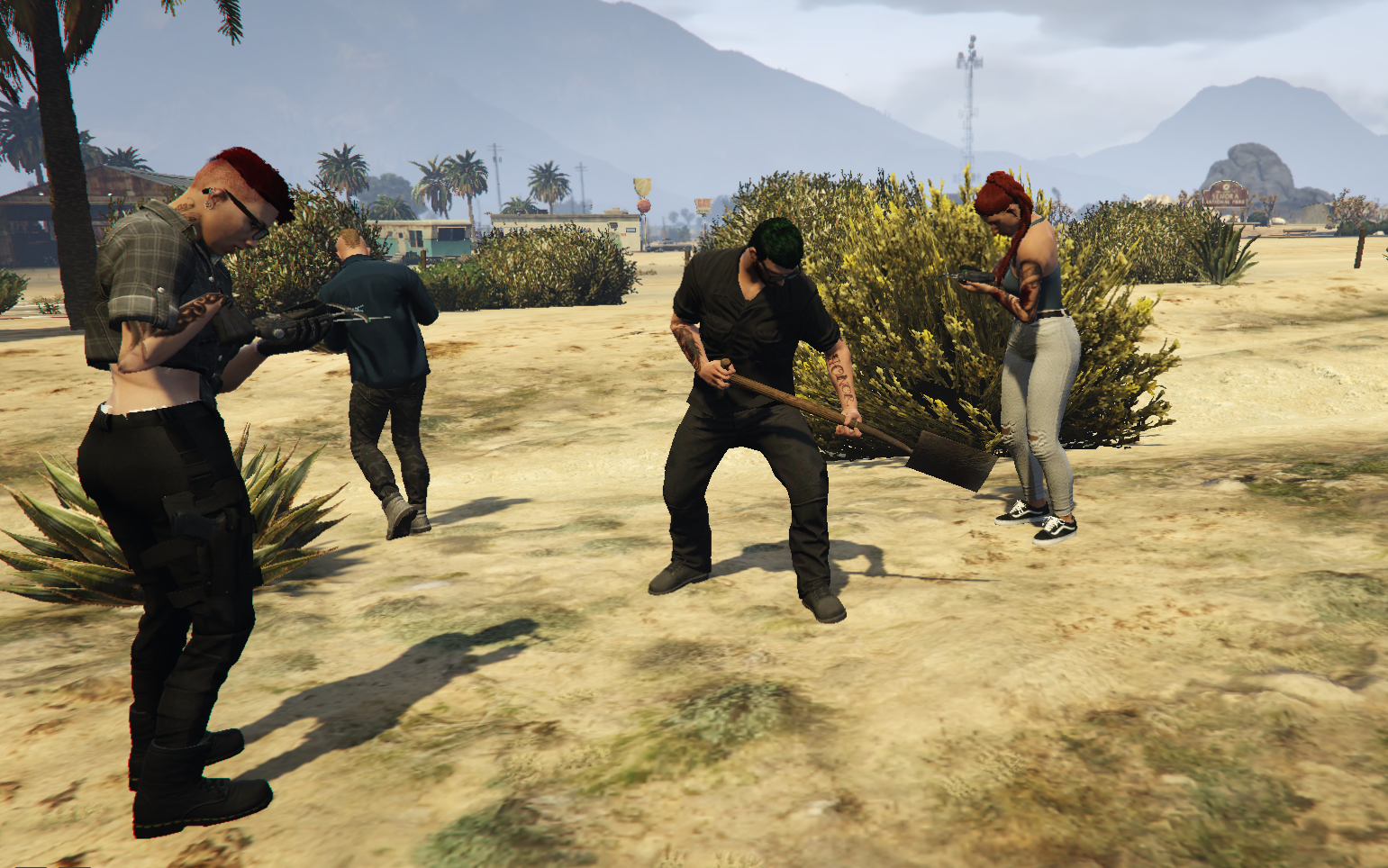 Los Santos, San Andreas — Hobbies and trends tend to move quickly in San Andreas and with that, another hobby for citizens has emerged. For most, dowsing seems to be a new term, but it has some pretty cool history. Dowsing initially used two rods or a Y-shaped rod, as well as homemade dowsing rods made of wire hangers cut and formed into rods, to detect underground water sources but also oil, metals, gems, and other objects. These rods and Y-shaped rods are still used by some today.

In the state of San Andreas, however, anyone looking to get into the activity of dowsing can purchase a Dowsing Device from our local electronic stores. To get started with dowsing, a simple purchase of the machine will cost you $350. The Dowsing Device is often confused for a metal detector; although it does help to find metal items, it signals an anomaly in the surface instead of solely detecting the presence of metal.

As the saying goes, “one man’s trash is another man’s treasure”, and it is ever so clear when you pick up the dowsing device to see what you can find. Those who delve into the world of dowsing have found a variety of items ranging from literal plastic and trash to lost phones, radios, and even treasure such as watches, chains, and gold bars! It’s amazing what people lose or accidentally drop on the ground, only to get buried and found by another.

After speaking with several individuals already in the hobby, we heard a range of reactions to dowsing. Some state that it was super exciting and fun finding hidden treasures, while others argued that it could be extremely frustrating when they try to follow a signal and accidentally go the wrong way or end up finding something less desirable such as plastic bags. Still, they all seem to keep going in the hopes of finding something interesting. One thing is for sure; if you go with a group, it will be a competitive race to what awaits below.

Dowsing is a hobby that can be done pretty much anywhere with open areas, from the sand dunes of Sandy Shores to the public beaches of Del Perro, and even all the way up in Paleto around the cove or Procopio Beach. Whether you decide to try out dowsing for the thrill of finding the unknown or to help clean up the many beaches, dowsing sure is a “hole” bunch of fun.