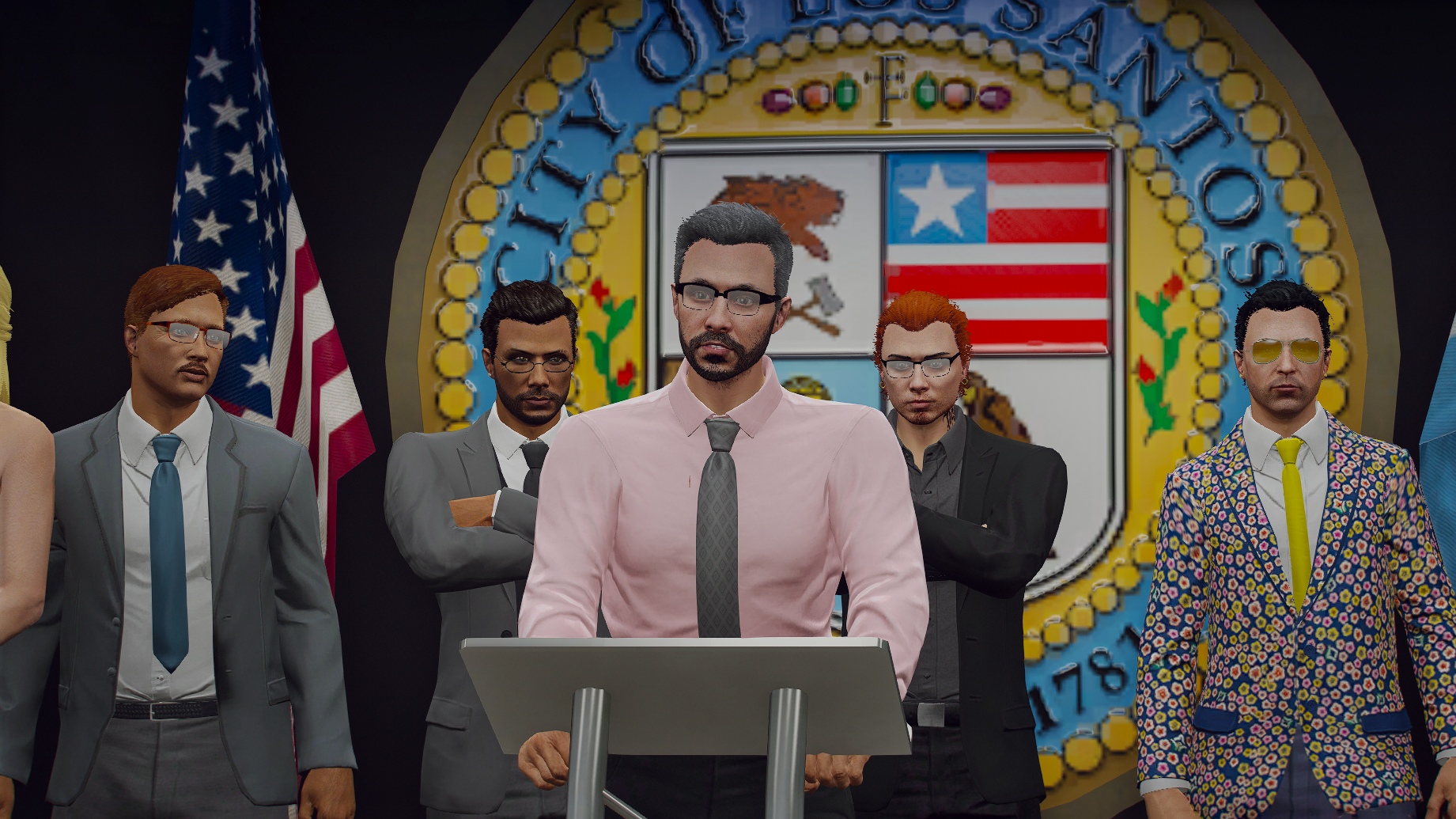 DEL PERRO (WZL) — James Paxton (NAPP) is confirmed to run for the Legislature in the upcoming May election. Weazel News reached the former governor for comment:

While I am enjoying my life as a private citizen, I think what the State Legislature needs right now is a strong leader with experience and knowledge in legislative affairs. This past term has been marred by legal drama and legislative blunders leaving marks on the Government. I think my past experience in the Legislature and Executive puts me in a position where I can fight for the hard working people of this State, and help to bring respect back to the Office. While I am looking at all of my options still, running in this next election is something I am considering very strongly.

I am pleased to inform both of you that I intend to run in the next San Andreas General Election for the position of State Representative.

The former Governor intends on stepping back into the political sphere after a three month hiatus. Back in September 2021, Mr. Paxton (NAPP) rose to the governor’s office after a term in the first State Legislature, winning the governorship by a slight 4.93% margin. With this latest development, he has also established a new political party, releasing a statement in this regard.

I am pleased to announce to the News Organizations, if either are interested, that I am founding a new Political Party in the State of San Andreas. In both of my prior elections, I ran as an Independent – someone who was staunchly against the concept of Political Parties. I have in recent weeks discovered that it seems being a member of a Political Party is all of the rage – and a movement I did not want to miss out on. So with that being said, I announce to you, the San Andreas Not a Political Party party (NAPP).

Our Platform is simple: We do not have one. While I do not expect that this party will be revolutionary by any means, I think it is a step in the right direction in representing those of us who do not wish to be represented by a normal Political Party.

Stick with Weazel News as we bring you more updates on the upcoming election.