Photo of the Salieri’s sign taken by Jane Kelly.

Nestled in the southside, a former funeral home has been given new life, pun intended. Salieri’s is an Italian restaurant that had a questionable beginning, but new owner Darcy Sheppard hopes to build a new reputation for the business.

If you are looking for a cozy restaurant for your next date or just a quiet place to enjoy a nice meal, Salieri’s offers a subdued ambiance coupled with delicious dishes and drinks. This former funeral home is now sprinkled with comfy booths, the walls dotted with paintings and other artwork. The large wooden bar offers a front row seat to anyone interested in watching the bar staff at work mixing drinks. 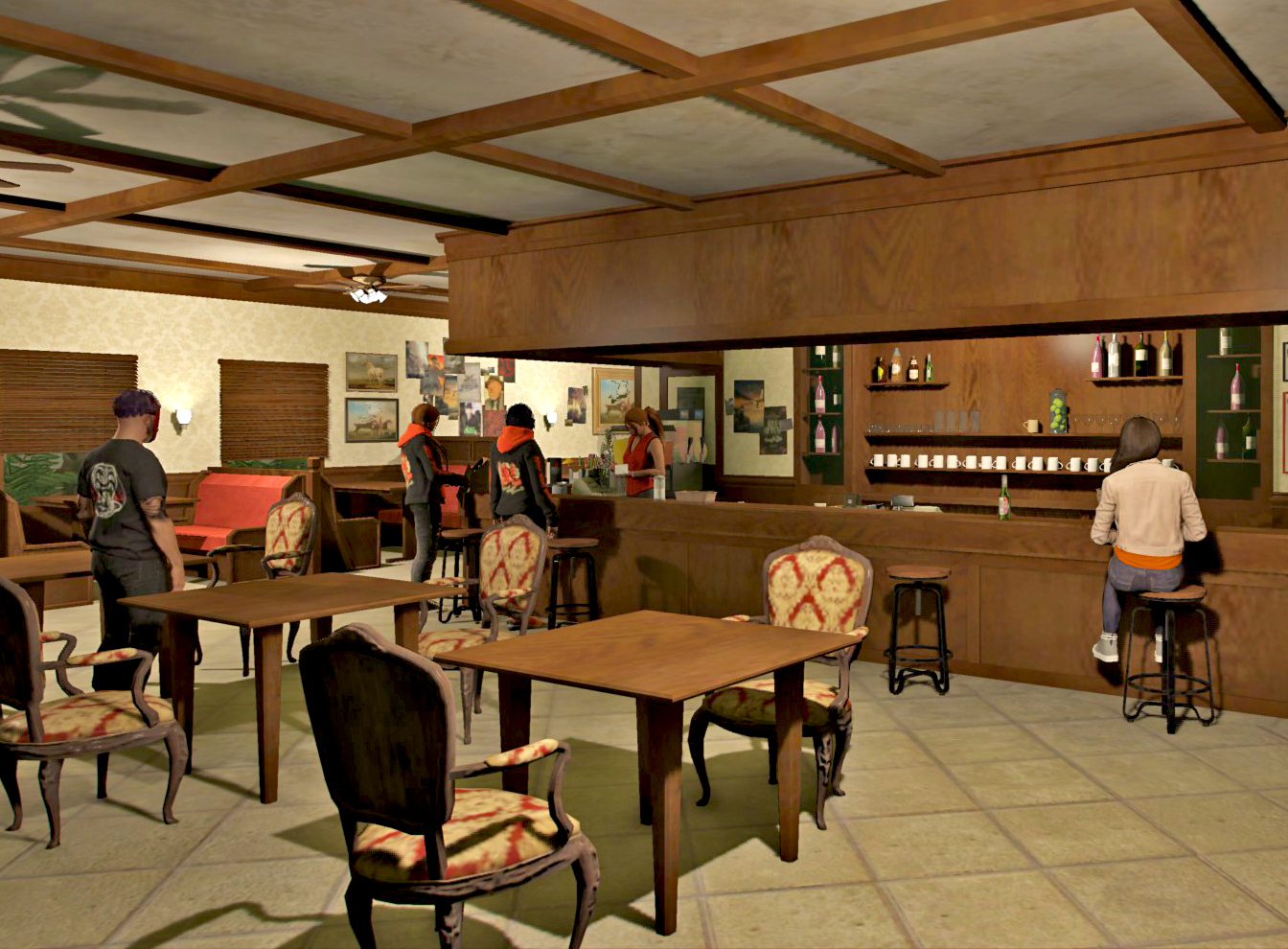 Darcy Sheppard, who recently acquired the business from the original owner, said she thinks the staff is what really makes Salieri’s unique. “They are competent, attentive, and friendly,” Sheppard said of her staff, a few of which stayed when ownership changed hands. While she had many great things to say about her existing staff, she mentioned that she is hoping to add more friendly faces to the Salieri’s team and encourages anyone looking for a job to come apply.

When asked what her favorite item on the Salieri’s menu is, Sheppard was quick to talk about the Undertaker, which consists of Salieri’s exclusive Dead Man shot and Whiskey Revenge. She stated that she especially loves that this item was a collaborative effort with another local business, something she hopes to do more of in the future. Sheppard also hinted that more items are in the works and that she hopes to add more authentic Italian dishes to the menu soon.

Because the building that now houses Salieri’s was once a funeral home, it’s been suggested that it may be haunted. Sheppard talked about people hearing footsteps in the upstairs area of the building, which is not open to the public or used regularly. So a trip to Salieri’s is a must for any ghost hunting fanatics!

Sheppard is more than just the owner of Salieri’s – she is also the Director of Operations at Bohan Talent and Modeling, as well as a board member at Rockford Records.  She hopes through her efforts to collaborate with more local businesses and filling out her team with friendly, hospitable people that Salieri’s reputation will quickly improve. Her managerial background and entrepreneurial spirit uniquely equip her to tackle the daunting task of rebranding Salieri’s into a hotspot dining destination.